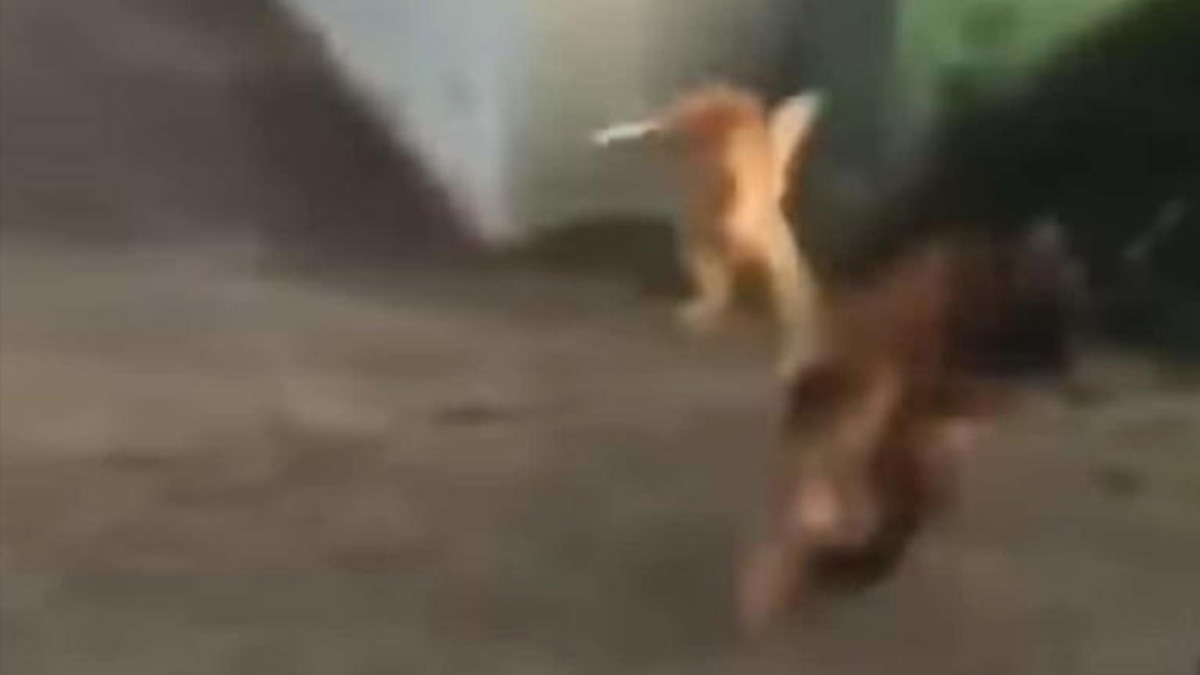 An Acrobatic Cat Flying-Kicking A Ferocious German Shepherd: Animal clips can instantly boost your mood whenever you are feeling down. While scrolling through social media, we frequently watch humorous videos of animals that make us laugh. There are so many videos on the internet in which cats attack their opponents most ferociously. Recently an old video has gone viral in which there is an encounter between a stray cat and a domestic German Shepherd. But at the end of the clip, you can find an interesting turn.

In The Clip, The Cat Appears to Be About to Deliver a Swinging Flying Kick to The Dog’s Face

Both animals appear to be ready to fight each other in the clip, the dog is buckled up and being controlled by its owner, who is fighting to keep him in a place while he barks at the cat. The cat is agitated by barking and quickly shows his aerobic abilities. The cat looks to throw a swinging flying kick to the dog’s face.

Cats can be the loveliest pets when offered affection, but when the time comes, they also exhibit their devilish sides, giving their owners a hard time.