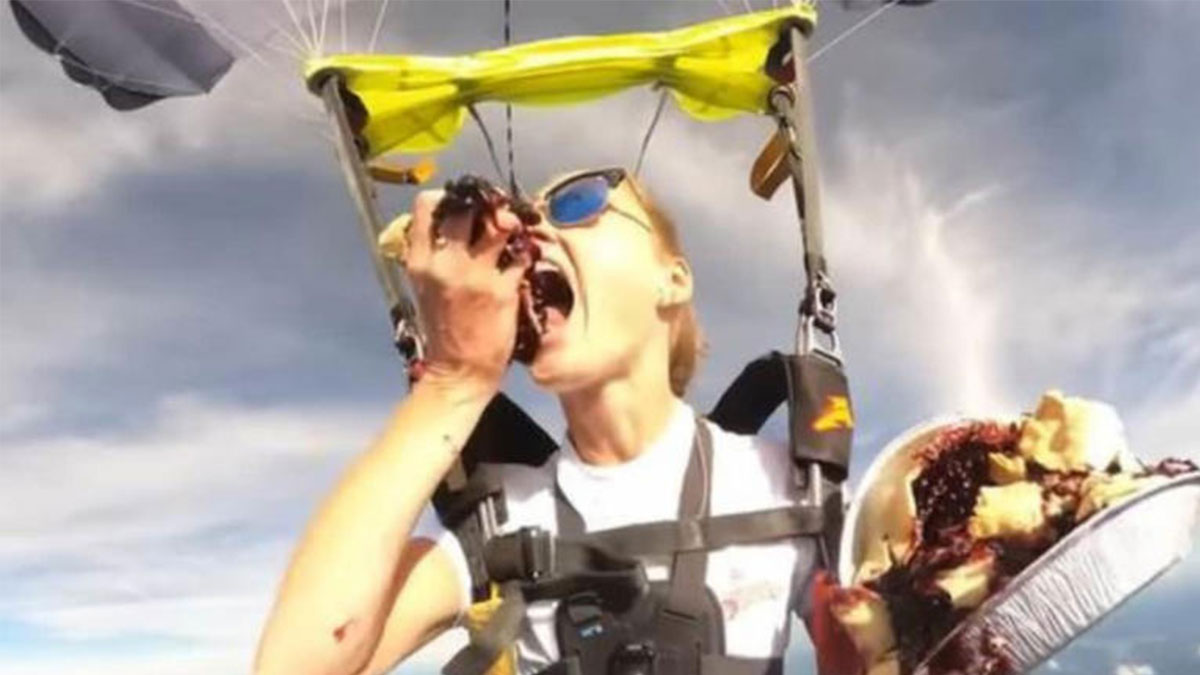 A Woman Ate a Pie While Skydiving

A Woman Ate a Pie While Skydiving: An Instagram video creator Mckenna Knipe ate a pie while sky diving and the clip of her enjoying the delicacy in mid-air went viral. The lady took a pie from Napolean Café in Jackson, Michigan, to the sky and ate it there spreading a message to support local businesses. “Support your local businesses!!! Napoleon Cafe here in Jackson Michigan is famous for their pies… I Had to see why, the best way I know how! absolutely BOMB! Freshly made every day!! ❤️”. She captioned the video.

A Woman Ate a Pie While Skydiving

In the Comments, there Were Several Versions of the Same Joke

In the comments, different variations of the same joke were made. “Imagine an entire pie falling from the sky on someone’s head,” one Instagram user said. “Now I know where the pie that landed on my friends face came from jk jk” one joked. “Ppl getting pelted with a falling pie [sic],” another user remarked. While some praised the accomplishment, others questioned why it was necessary.

Mckenna is not the first person to attempt anything similar, Four skydivers from the United states of Texas recently ate pizza while jumping. A guy name Lori Patalocco and her three friends were caught eating pizza in mid-air while skydiving. The groups of friends jumped out of a plane 14,000 feet above the ground.