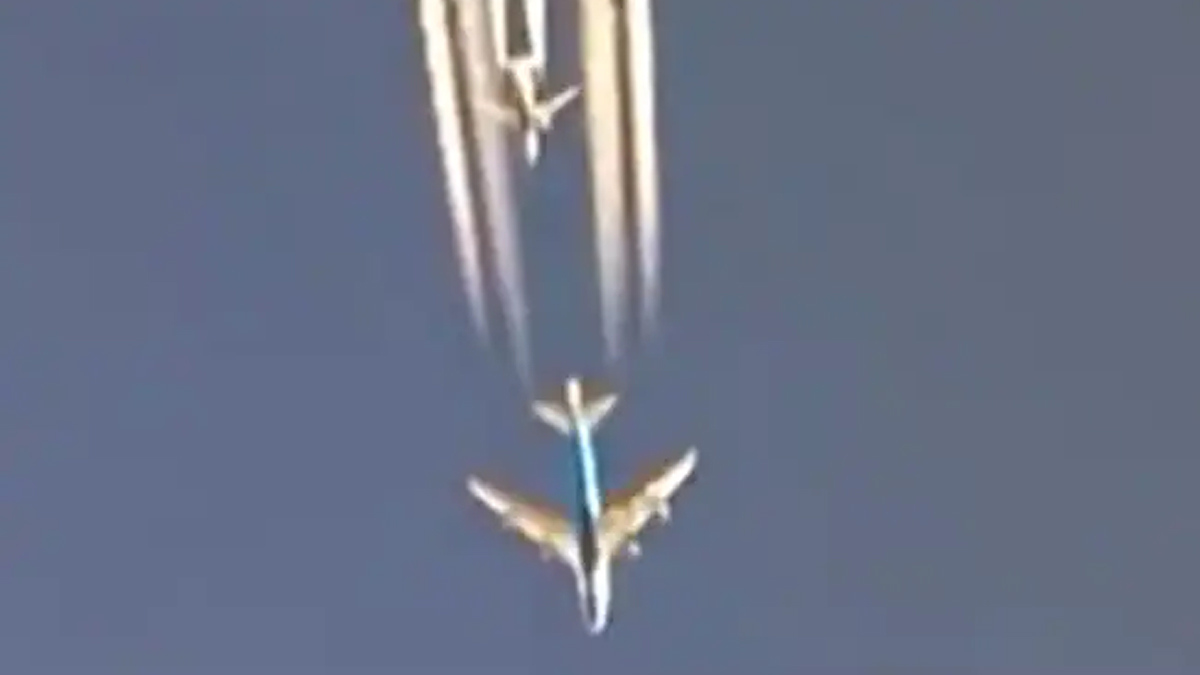 Old Boeing 747 Overtaking 737 Video Goes Viral Online: A breathtaking video of a Boeing 747 overtaking a Boeing 737 is gaining popularity online. According to the video’s description on social media sites, the video was shot by pilots of a Boeing 777 flying over Baghdad. Some Reddit users pointed out that the footage is at least ten years old, but it has given aviation fans and other social media users a rush.

The 35 seconds video begins with the Boeing 737 on its way to its destination. The 747 airline quickly enters the frame and closes the distance. Because the plane was closer to the 777 when the video was taken, it seems wider than the Boeing 737, which can be seen between the exhaust gases coming out of the 747.

The 737 Vanishes from the Camera Frame a Few Seconds Later

As shown in the video, the latter overtakes the Boeing 737 and continues to move ahead. The 737 vanishes from the camera frame a few seconds later. This is some of the clearest footage of a jet passing another. It has received thousands of upvotes on Reddit.

Because properly equipped modern planes, sophisticated cockpit equipment, and satellite support, such as a short degree of separation are achievable.

According to Boeing.com, the 737 was first announced in 1965. In 1967 the twinjet had its maiden flight. The Boeing 747 came two years later and was manufactured in 16 months by a crew of workers dubbed” the Incredibles ” by company website.