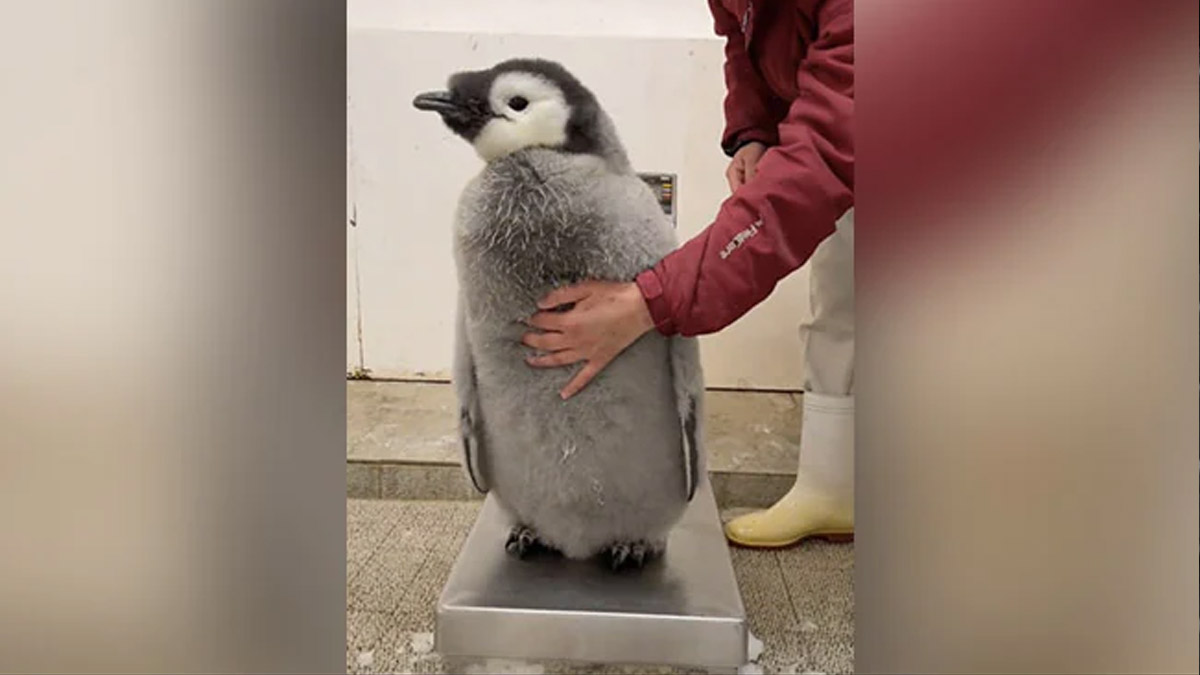 Baby Penguin’s Struggle to Be Weighed

A struggle to weigh a 97-day-old baby emperor penguin. pic.twitter.com/2Bq1wid60J

The viral video which was posted yesterday has recovered over 24 million views, as well as thousands of likes and retweets. The newborn penguin is 97 days old and weighs 14.1 Kg.

Adventure World official first shared the 1 minute and 3 seconds video on Twitter. When translated into English, the caption says “Baby emperor penguin born on October 1. A battle between the breeding staff who want you to stay still and the baby who can’t sit still…! 97 days old 14.1kg.”

The Emperor Penguin Is the Largest Living Penguin Species

The emperor penguin is the largest living penguin species. They are about 45 inches tall. They are located in the Antarctic Ice and icy surrounding waters. According to the National Geographic story, Emperor Penguins survive the long winter on open ice – and even procreate during the difficult season. Females lay a single egg and then swiftly abandon it. They embark on a two-month-long hunting expedition.

After Watching the Short Video, The Internet Reacted with “Aww.”

After watching the short video, the Internet reacted with “Aww.” Several social media users also left comments. “The emperor penguin is the tallest & heaviest of all living penguin species. An adult reaches 122 cm & 30 kg. This is a 97-day-old chick already at 14.1 kg. It has a special feather called down, lightweight & fluffy,” one user remarked.

“These penguins are… dare I say… pudgy.” Another user commented.

“Best job in the world. I think it even beats teaching baby otters to swim,” wrote the third user.

“How long does it take to weigh the poor guy?” asked the fourth guy.