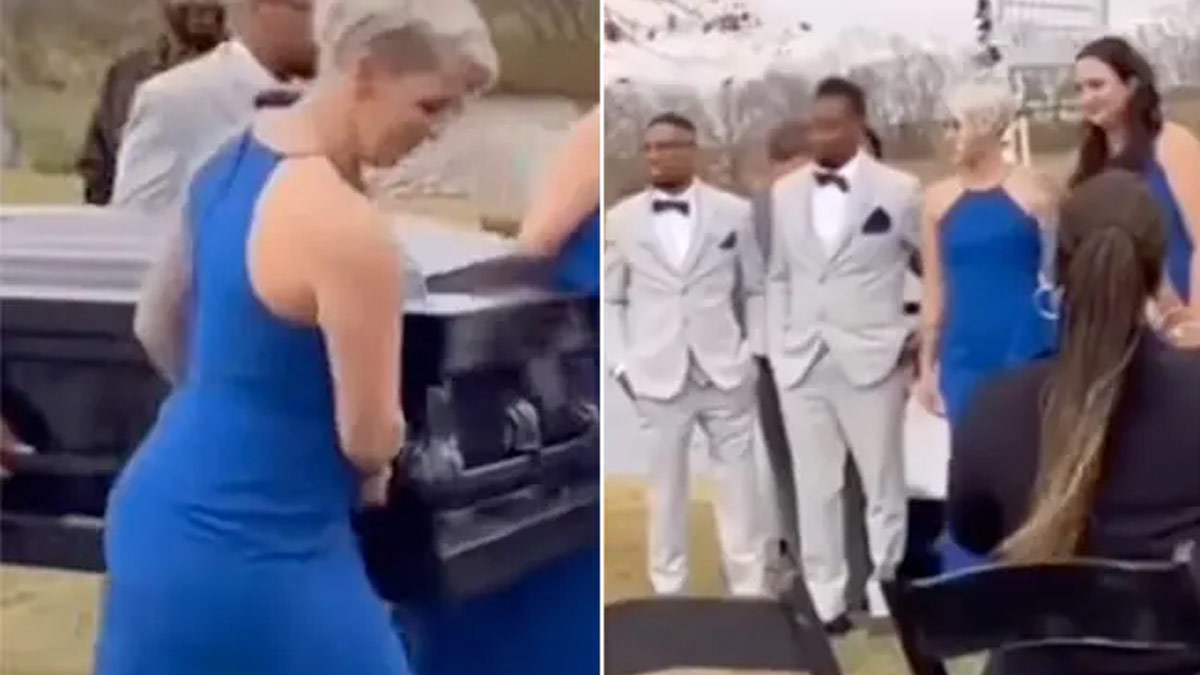 Wedding Stunt Leaves Internet Fuming: On social media, a guy outrage after arriving at his wedding in a coffin. The unusual spectacle had the groom’s best buddies carrying an actual coffin down the aisle with him inside. One of the guests recorded the macabre stunt and posted it on TikTok, where it received millions of views. The clips then spread to other social media platforms, where users chastised the groom for this disrespectful behavior.

According to the New York Post, the wedding took place in the United States. The now-viral video shows the nameless groom being carried up the aisle in a black casket at his outdoor ceremony, with two bridesmaids leading the spooky procession.

The viral video of the occasion does not show the bride or groom’s reactions, but it has struck an uneasy chord with social media users.

The text overlaid on TikTok’s video states “Is this a funeral? No this is how my friend decided to walk down the aisle.”

According to New York post, guests at the wedding were perplexed by the coffin, featuring there was a corpse hidden within. They were taken aback when the groom pushed open the lid and climbed out.

Also Read,  This Dad of the Year Is Lovingly Ironing Tiny Clothes for His Daughter’s Dolls