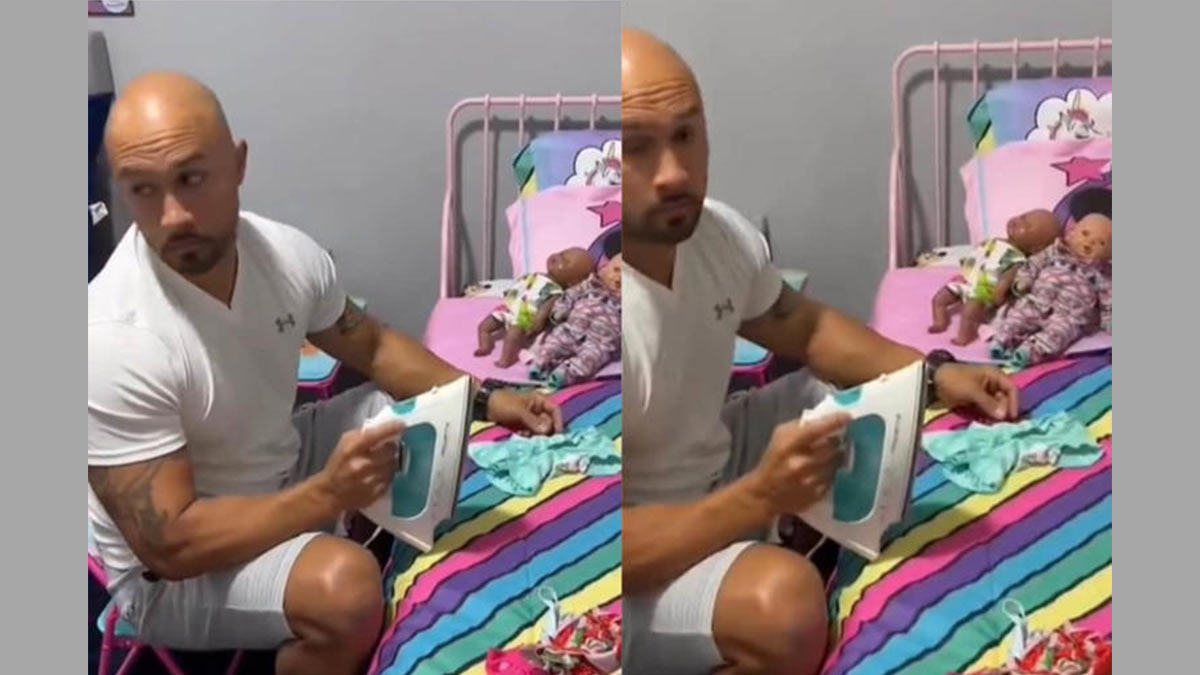 This Dad of the Year Is Lovingly Ironing Tiny Clothes for His Daughter’s Dolls: The father-daughter combination is stealing everyone’s heart at a time when social media is filled with Instagram videos and reels. A video of a father ironing doll clothing while his kid rests on the bed next to him has gone viral. His enthusiasm for the activities will undoubtedly raise your mood.

Dad of the Year Is Lovingly Ironing Tiny Clothes

The man’s wife posted the viral video on their blog, Cat and Oscar Ortiz, on Instagram. When the wife enters her daughter’s room, she finds her husband ironing her doll’s clothes on a small pink chair. In an open conversation between husband and wife, she demands that he help her fold the clothes rather than irony the baby clothes. Her husband says that he will help her after he has finished ironing and dressing the dolls in new outfits. While her father meticulously irons the doll’s clothes, the daughter is seen lying the couch

Video is popular among social media users, “He’s a keeper!!!! Sooooo cute him” one user wrote. “He just looked over like ‘my boss here I’m not supposed to be socializing’” another user joked. “Y’all daughter got more authority over Oscar than you do,” a third user commented. “baby girl got her daddy wrapped around her little finger” said a fourth user. “But the daughter just chilling like a queen like what? He is doing clothes”, another user joked.

Also read,  This Short Wife Explains What It’s Like to Have a Tall Husband