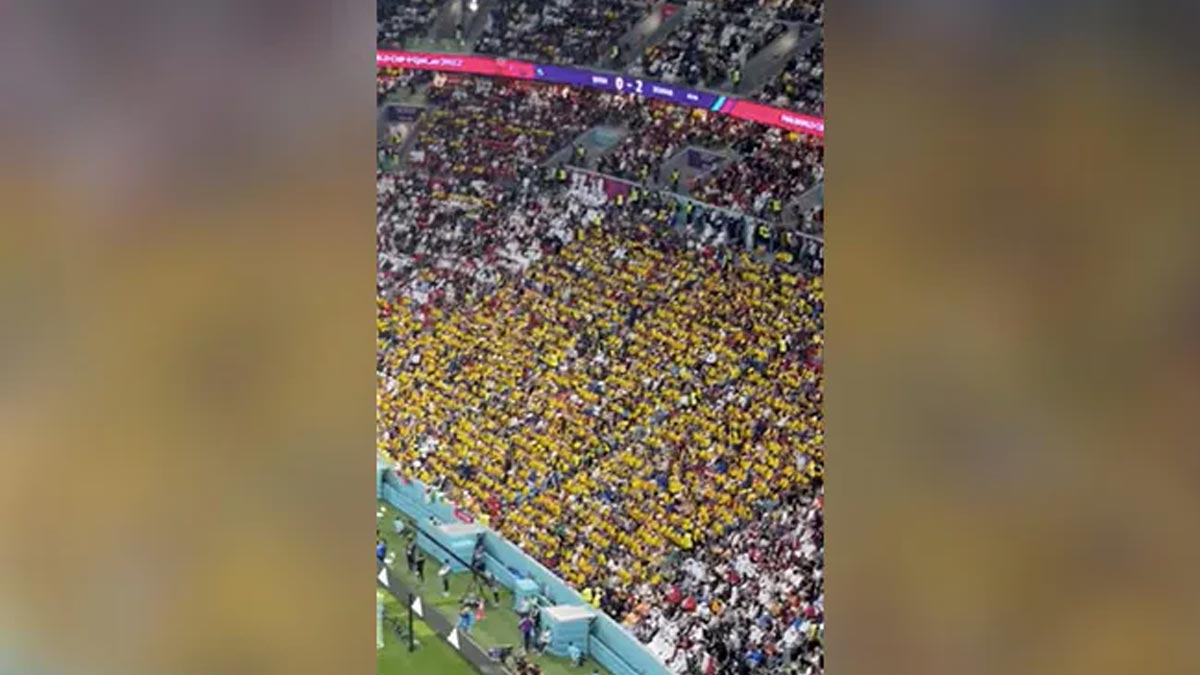 Football Fans Chant “We Want Beer” At Qatar’s Alcohol-Free FIFA World Cup Opening: Queremos cerveza,’ which translates to ‘We want beer,’ was chanted by Ecuadorian supporters during their team’s World Cup match against Qatar. The shout came in protest to Qatar’s decision to prohibit the selling of alcoholic beverages in the stadiums during the FIFA world cup.

Ecuadorian fans chanted in the stands, “Queremos cerveza, queremos cerveza!” or “We want beer!” after their side defeated Qatar, 2-0, on Sunday at the Al Bayt stadium, according to the video that went viral on social media.

“Ecuadorian fans chanting “Queremos Cerveza!” meaning “We want beer!” during the opening world cup match in Qatar. Qatar U-turned 2 days before the start of the tournament in banning the sale of alcohol in regular seating sections of stadiums,” read the caption of the Reddit post.

The Qatari Royal Family Decided to Restrict Alcohol Inside Stadiums

The Qatari royal family decided to restrict alcohol inside stadiums just two days before the tournament began on Friday. Following consultation with the hosts, FIFA announced that beer will not be sold to supporters near any of the eight World Cup stadiums.

According to reports, fans can purchase alcohol in fan zones, and individuals are limited to four drinks each. Alcohol is also accessible in the stadium’s hospitality boxes.

According to FIFA, beer sales would be concentrated in fan zones and licensed venues, “removing sales points of beer from Qatar’s FIFA World Cup 2022 stadium perimeters.” It gave no rationale for the unexpected decision, but media sources indicated Qatar’s ruling family intervened.

After the decision’s release, FIFA president Gianni Infantino stated on Saturday that World Cup fans can go three hours without beer after sales were prohibited outside stadiums. “I think personally if for three hours a day you cannot drink a beer, you will survive,” he said at his inaugural news conference in Doha. “The same applies in France, Spain, Scotland,” Mr Infantino continued.