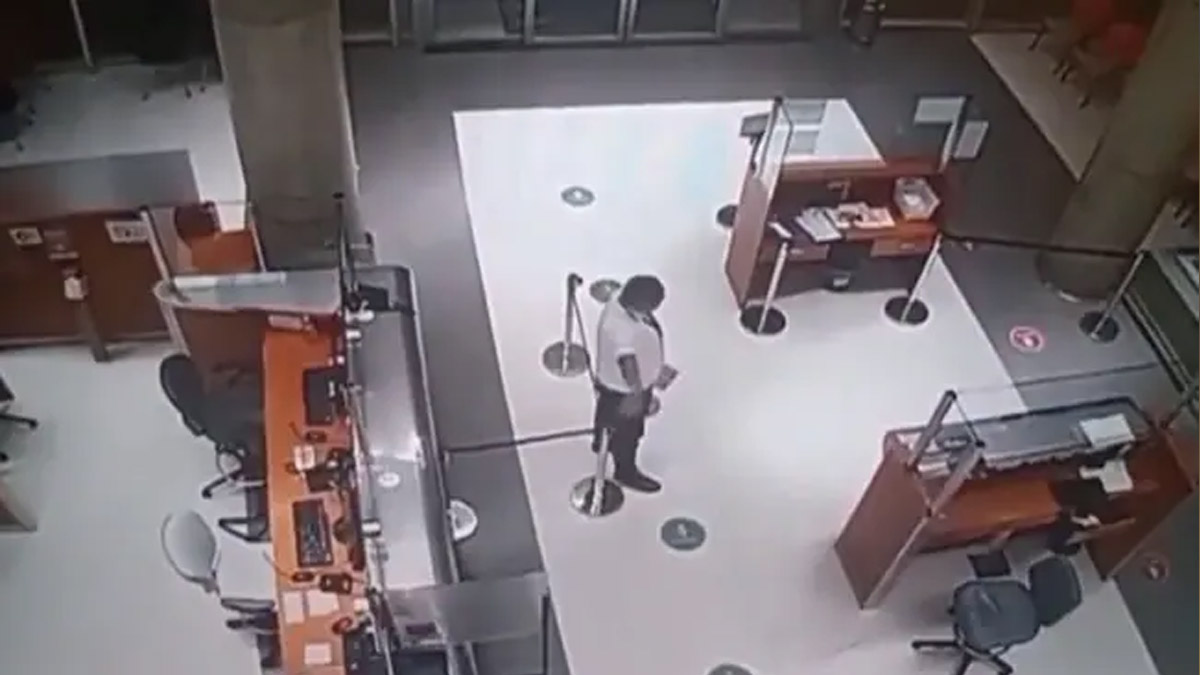 The Internet Is Baffled After Seeing a Video of A ‘Ghost Patient’ In Argentina: A video from Argentina has terrified social media users, showing a security officer at a hospital conversing with someone who is not seen. The breathtaking footage of the ghost patient has received millions of views on various social media sites. According to the video’s description, it was caught at 3 AM by the hospital CCTV system. On Reddit, the 38 second video has nearly 4000 up votes and over 400 comments.

The door to the hospital’s reception area opens up its own as the video begins. When the security guard hear the disturbance, he gets up from his seat, grabs the clipboard, and walks towards the entrance.

He removes the line divider to let someone in and begins talking to someone, which has surprised social media users. According to the daily star, a patient died the day before at the same hospital.

“Alright that’s pretty weird. Either the guard is playing a joke on the cameras or this is pretty hard to explain,” a user commented. “He knows his colleague is sitting in the basement watching the CCTV,” said another.

However, other users were terrified after watching the video. “This first episode was jaw dropping. The wheelchair scene blew my mind,” one of user commented.

The security guard is then shown directing the ‘ghost patient’ to the doctor’s office and even accompanying him there.

The Incident Occurred at Finochietto Sanatorium, A Private Care Facility in Buenos Aires

The incident occurred at Finochietto Sanatorium, a private care facility in Buenos Aires. After the video went popular on social media, the care center’s spokesperson told local media that local media that the door was malfunctioning and kept opening many times.

“As it was broken, it opened by itself 28 times during the 10 hours between Thursday night and Friday early morning,” a representative told the Daily Star.

The security guard appears to be writing something on the clipboard paper, but no name is noted in the register, according to the spokeswomen.