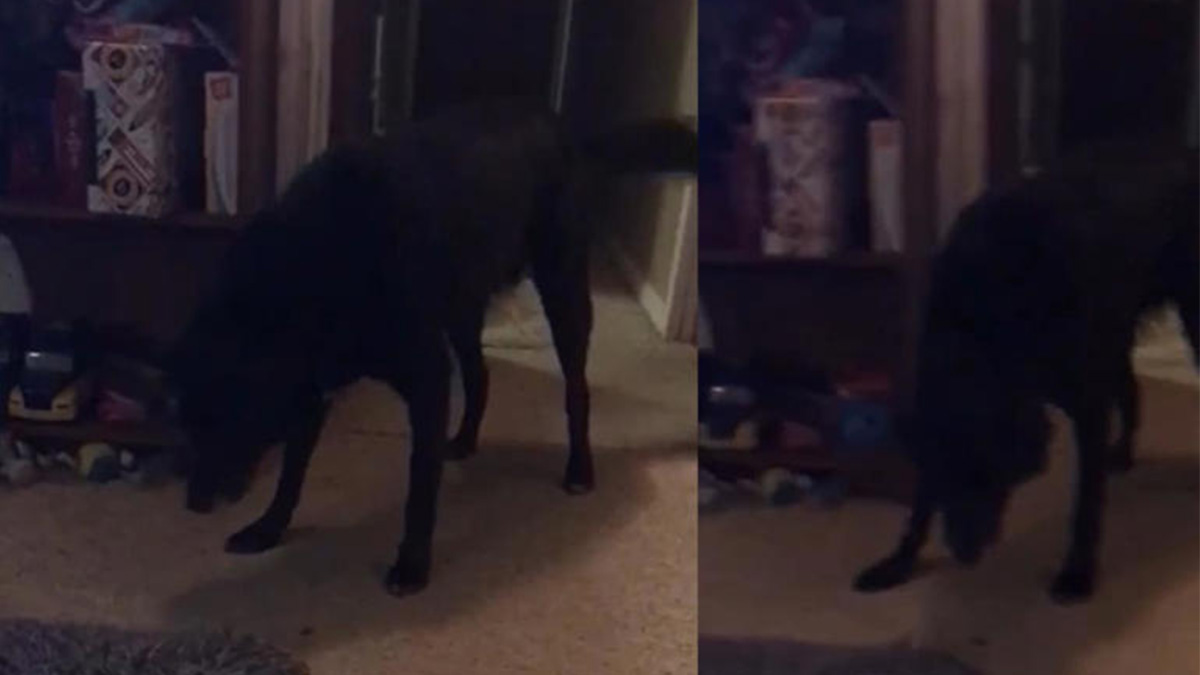 Woman Captures Strange Video of Ghost Pushing Dog Across Floor: Claims concerning paranormal sightings appear frequently on the internet. People share photos, films, and even audio files of ghosts, spirits, and other supernatural beings that they claim to have experienced. While some turn out to be forgeries, others are too foggy, low resolution, or dark to see anything, there are several notable exceptions. One such video was discovered seven months ago on the popular social networking website Reddit.

A user, who appeared to be a woman posted a video, claiming it was from a few years ago. The video that the original poster (OP) posted showed their family dog, Tucker, being slid across the floor by something. The video starts with the black dog looking over his back and steadily moving his tail when something on the floor catches his eye. While staring at the carpet, the dog begins to bark. He barks in confusion until he is abruptly slid approximately half a meter. Nobody is seen exerting any kind of force that could have caused the animal to move.

The Family Has Now Moved Out and Has Not Encountered Anything

The user appears to be the mother of the three children and described the incident as “Pretty Wild” in the comments section of their own post. They went on to say that until they saw the footage, they and their family had no idea their dog had “literally slid across the carpet.”

According to the user, the family has now moved out and has not encountered anything. It’s unclear whether they moved as a result of the incident seen on video.