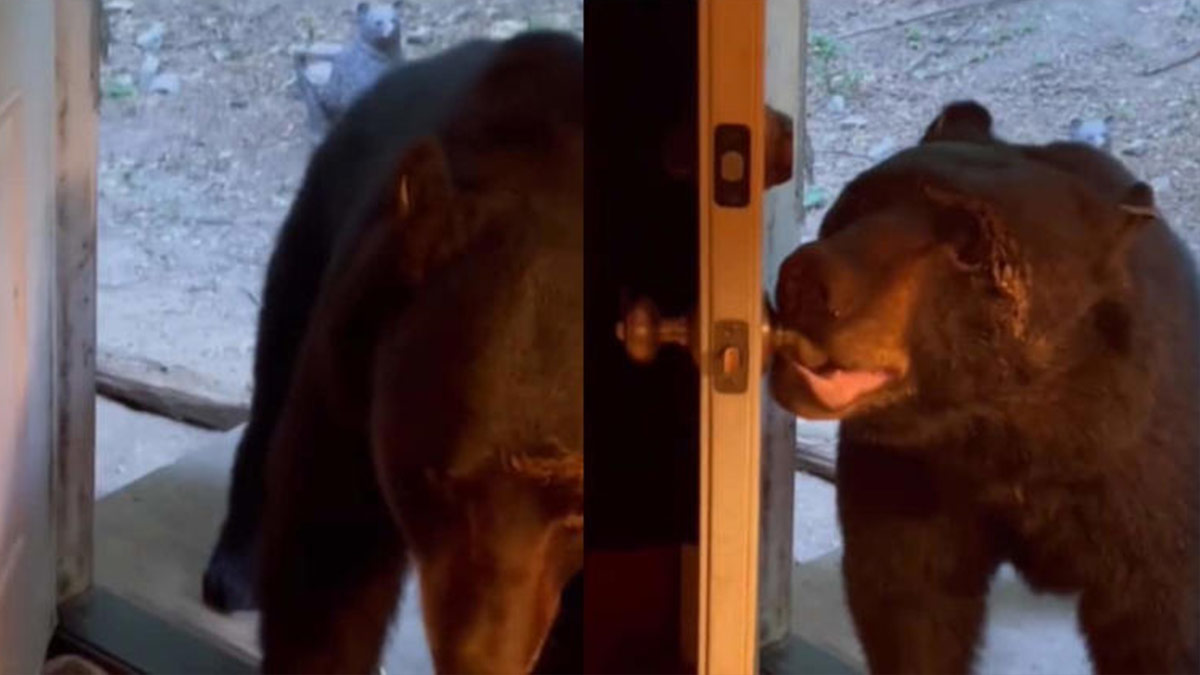 On The Woman’s Request the Wild Bear Fixes the Floor Mat and Closes the Door: Meeting a wild animal can be both frightening and entertaining. In the old video, a woman requesting a wild bear to close the door is currently making people happy over the internet. A beer can be seen in the video mending the door carpet before closing the entrance door with his mouth.

Wild Bear Fixes the Floor Mat and Closes the Door

The woman can be seen nicely asking the bear to close the door and then complimenting him when he does. But knowing that the beer is in the mood to play and will open the gate again, she asked the animal to close the door again, and the beer agreed.

Ladbible uploaded the footage via Instagram. The video’s embedded excerpt said, “Polite bear closes the door after intruding.” and the page captioned it, “The bear was just fixing the rug first, make sure it’s nice and neat.”

Internet users found the video amusing and reacted to it quickly. “Looks like he was leaving for work “one user commented. “Ermmm, he’s marking his territory with his scent. That’s his house now,” wrote another. Someone more responded from the bear’s perspective, saying “My bad bro I’m just gonna close this door and leave.” “He forgot the biscuits just popping to the shop,” another user said. People also commented on how nicely he mended the rug, and one person said, “The way he fixes the rug.”

Also Read, Kangaroo Arrives to Save His Mate from Python’s Deadly Hold