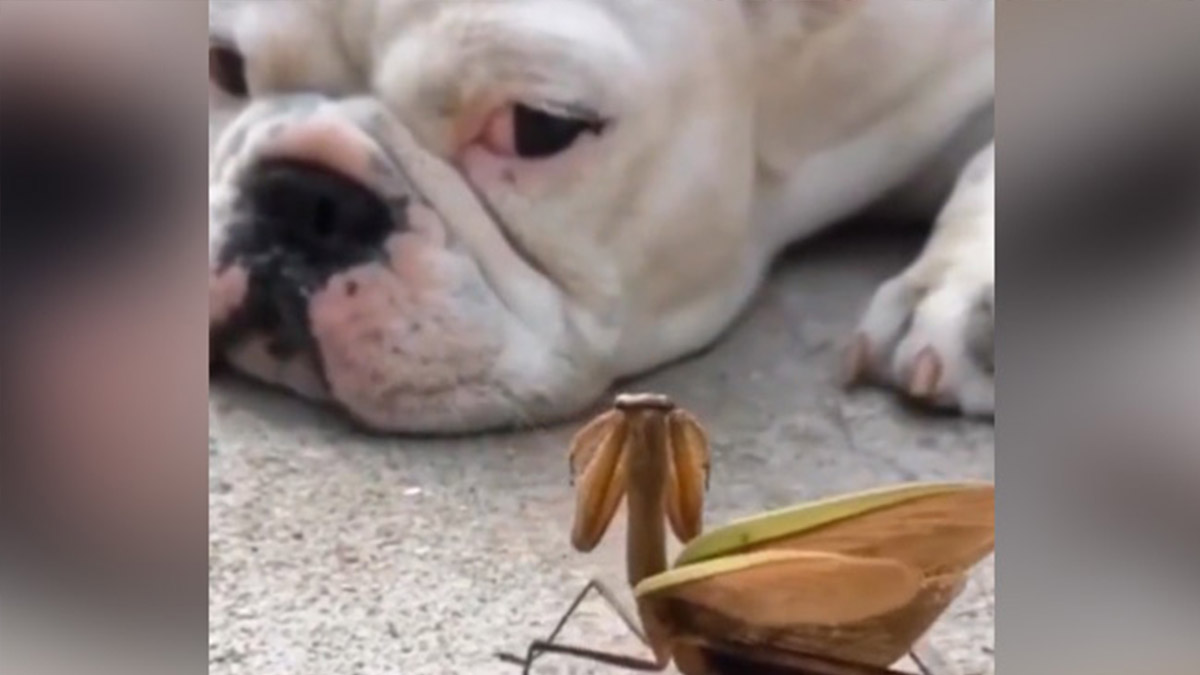 Mantis Try to Boost a Dog’s Mood; Internet Calls It Coolest Insect Ever

Mantis Attempts to Boost a Dog’s Mood; Internet Calls It Coolest Insect Ever: People admire animals for their endearing antics. They like humans, communicate their concerns and care for others in their own distinct ways. When humans are in trouble, they have friends who can console them. Have you ever seen an insect make an effort to help an animal? A video that has gone popular on the internet shows an insect executing a cute antic to cheer up an upset dog.

Dog is not impressed.. 😂 pic.twitter.com/YOFZuy8gcp

As the clip begins, an unhappy dog is shown laying on the floor while the insect dances in front. The insect can be seen swinging its legs and claws in various directions in an attempt to cheer up the dog, but the dog is not ready to get up. The insect resembles a mantis.

Buitengebieden shared the footage on Twitter on Saturday. The caption reads, “Dog is not impressed.”

The Post Has Received Over 3.2 Million Views and Over 1.1 Lakh Likes

The post has received over 3.2 million views and over 1.1 lakh likes since it was shared. It has been shared over 15,000 times in a single day. Twitter users have also left some amusing comments on the posts.

“Me… trying to get the bartender’s attention to place my order,” one person commented

Another person stated, “His Grace, the Duke of Mutt is not amused by this jester. If it had been made of sausage meat, the jester would have been a snack.”

Mantids and mantis are slow-moving insects differentiated by bigger femurs with a groove lined with spines into which the tibia presses. Because mantids exclusively consume live insects, they use their spined front legs to seize prey in a vice-like grip.

Also Read,  A Video of a Dog Rolling His Eyes at His Owner Has Gone Viral On the Internet