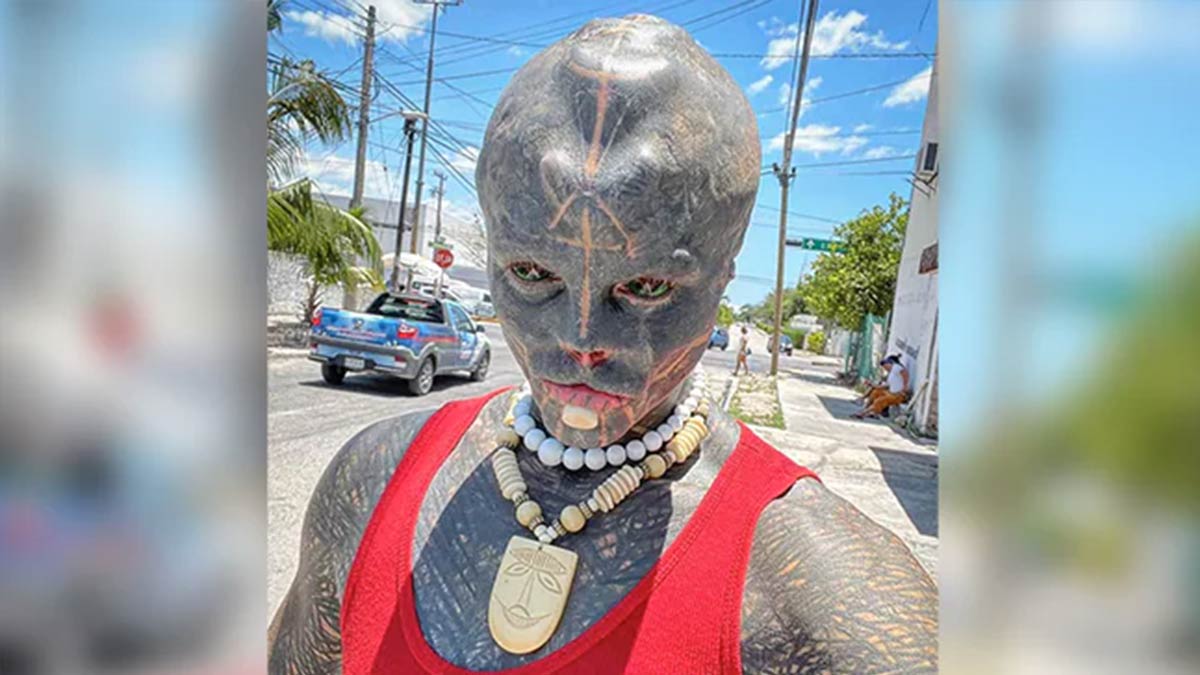 Black Alien Says He Can’t Get a Job Because of Excessive Body art, Demands to Be Treated Like a Regular Guy

Black Alien Says He Can’t Get a Job Because of Excessive tattoos, Demands to Be Treated Like a Regular Guy: The Frenchman who is transforming into a “Black Alien” has stated that he is unable to find a job because people judge him. Anthony Loffredo has extreme body changes. He has a split tongue to create a forked effect and is covered in a tattoo from head to toe even his eyeballs are inked. He considered himself a “Project”. He has two fingers amputated to make his left hand resembles a claw.

Anthony Loffredo appeared in a podcast named Club 113, where he admitted to receiving a lot of negative reactions because of his unusual appearance. “There are people who, when they see me, shout and run. I am human but people think I am just crazy,”

The 34-year-old asserted that he is just a “normal guy” and just wants to be treated like one.

He went on to say “I can’t find a job, there’s lots of negative stuff. It could be positive because you feel better, but you have to know there’s also a dark side,”

He said that he is aware that his appearance may disturb people, so he tries to make people more feel at ease by “moving to side” by crossing people

He further said “It’s a fight everyday, because everyday you find new people who don’t understand, who want to judge. It’s life, not everyone understands everything. Like me, I don’t understand lots of things about lots of people,”