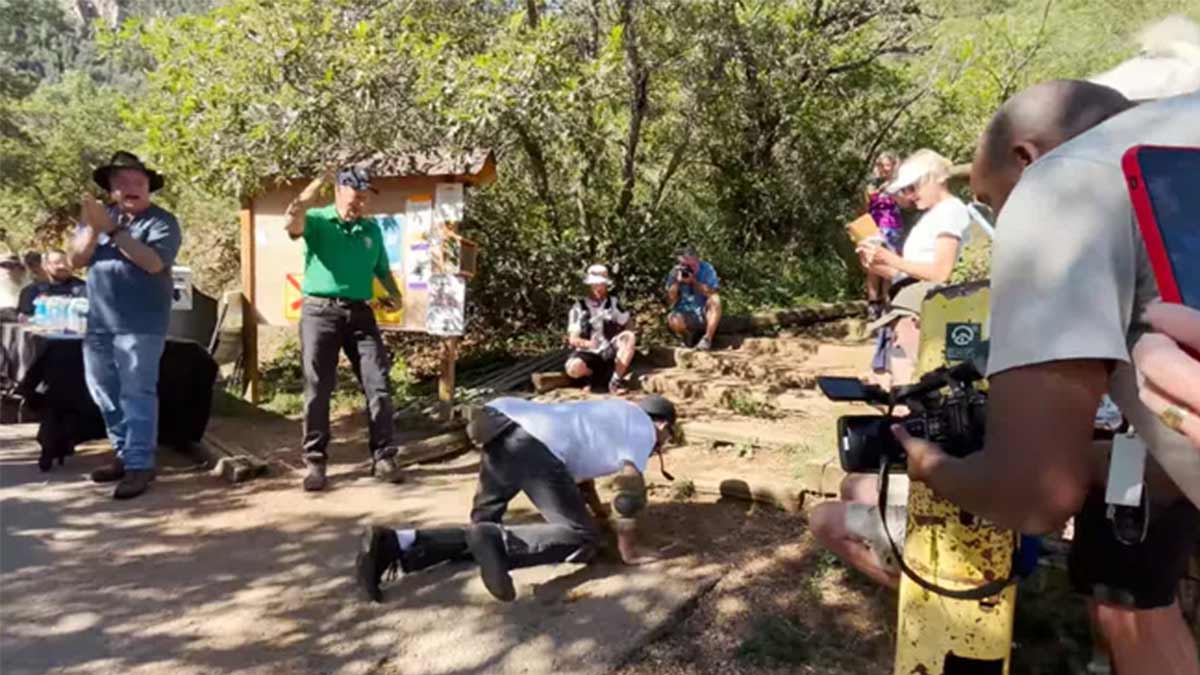 An American Man 53 Sets a Record for Pushing a Peanut Up a Mountain Using his Nose: 53 old men American man breaks a record by using his nose to push a peanut up the mountain. A man once used his nose to push a peanut up pikes peak 93 years ago. The City of Manitou Springs government posted a video on social media that featured a part of Mr. Salem’s work, which began on the 9th of July. He completed his task in roughly seven days. On July 15, a ceremonial conclusion was reached. Cheers, letters from the cities of Manitou Spring and Colorado Springs.

An American Man 53 Sets a Record for Pushing a Peanut

What Mr. Salem Said about this Historic Achievement

When discussing his historic achievement, Mr. Salem said, “There is no city like Manitou Springs. I am excited to be the one to bring around this bit of history to celebrate Manitou Springs’ 150th Celebration. I hope everyone takes the time to visit and indulge in the rich history the Pikes Peak area represents. You won’t want to leave.”

The video has received more than 9000 views, several people have left comments about it as well, let’s go Bob!” was posted by one person, while “wow” was all that another posted.

The Previous Record Was 8 Days

The Previous record, according to 9News, was eight days. 93 years prior, a man had used his nose to push the peanut pikes peak. Since then the challenge has been intercepted many times but not in 21 century.

Also Read, A Pepsi Addict Claims to have Consumed 30 Cans Per Day for the Past 20 Years