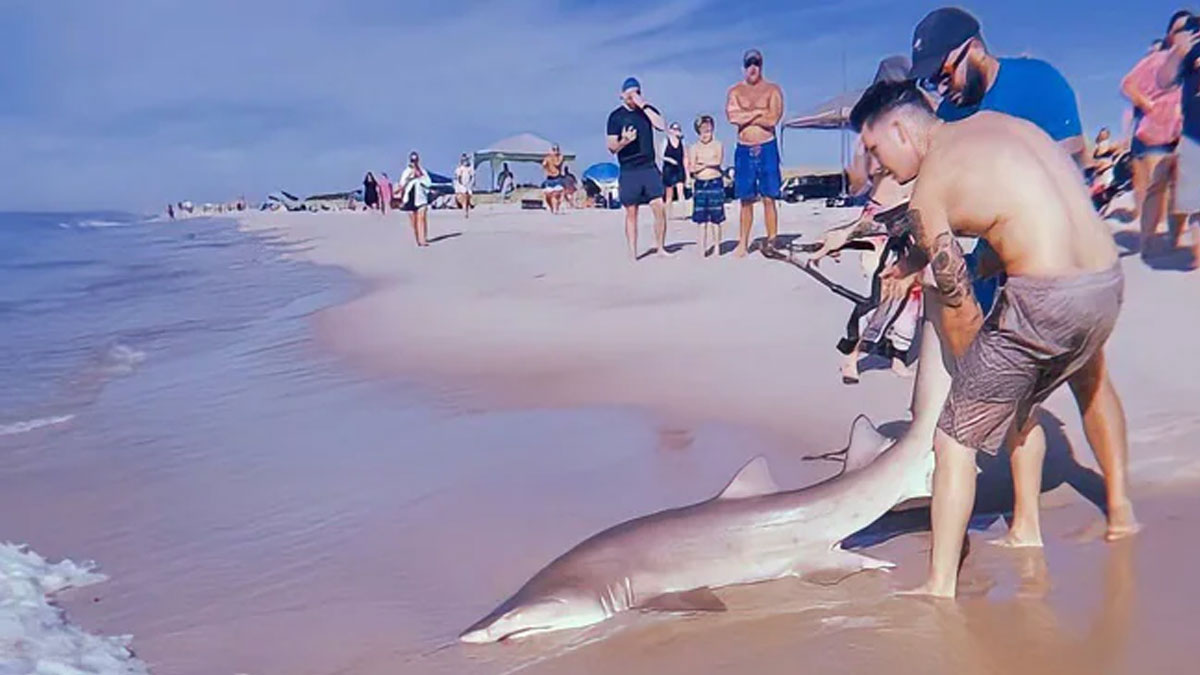 A Man Captures a Shark with His Bare Hands at New York Beach: A guy is shown in a popular video on social media catching a shark with just his bare hands. In New York’s Smith Point Beach, the video was recorded. The man is seen in the video using a hook line to reel in the rough tooth shark before grabbing it by the tail. The shark tries to escape several times before being caught by the guy.

A Man Captures a Shark with His Bare Hands

” Grateful he did the right thing and let the shark go”. One user remarked. One more person stated, ” I was there, it was the outer beach. That guy actually caught the same shark twice because after he catches it he tags it.”

In accordance with Newsletter, rough tooth sharks, are also known as ragged tooth sharks or sand tigers. These are grey nurse sharks that normally stay close to the sandy bottom between 30 and 750 feet deep. These sharks are referred to as “labradors of the sea” due to their calm nature.

They are one of the shark species that are most in danger of extinction since they are considered “vulnerable” by the International Union for Conservation of Nature (IUCN) Red List.