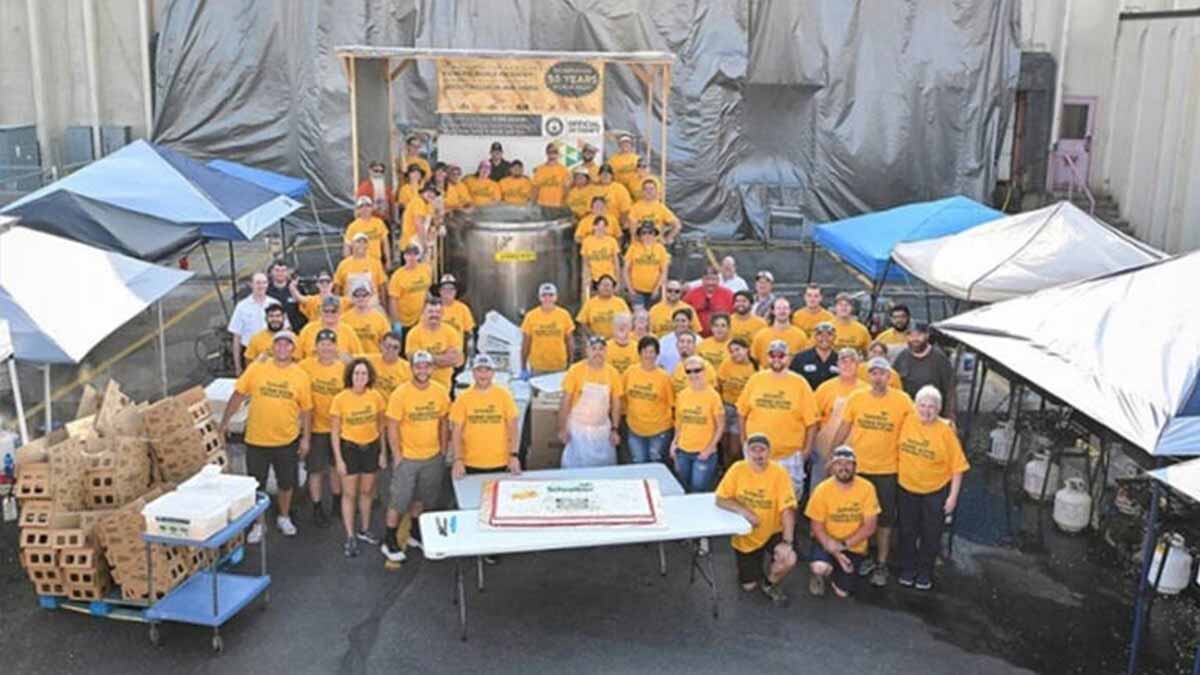 The Most Massive Macaroni and Cheese Dish

The Most Massive Macaroni and Cheese Dish: A 4742 lb mega macaroni and cheese set a new world record, Schreiber Foods Inc., a US-based food manufacturer, established the Guinness World Record for the biggest macaroni and cheese plate, to commemorate its 50th anniversary. The meal was created outside the Logan manufacturing factory and handed to almost 2000 individuals on site, according to the Guinness website. It broke the previous best record of 2,469 lbs set on September 23, 2010, in Fulton Square in New Orleans, Louisiana, USA by Cabot Creamery Cooperative and chef John Folse and company (both USA).

The Most Massive Macaroni and Cheese Dish How Did It Get Made?

The staff devised the dish. The dish was produced in 3 hours and 26 minutes, according to the records site. The ingredients were as follows:

GWR official adjudicator Brittany Dunn certified the record attempt and the weight of the macaroni and cheese. The entire procedure was also monitored by an environmental health expert and food industry regulator for the Utah Department of Agriculture and Food, who was present on site to assure food safety.