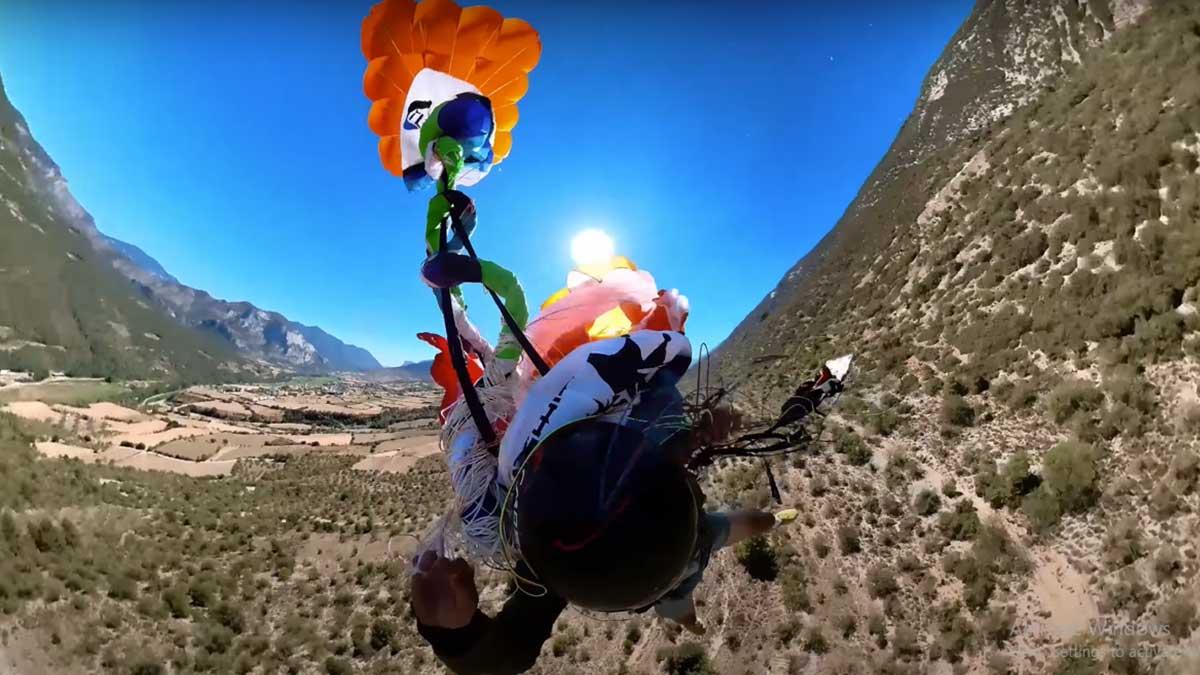 A Horrifying Video Shows a Parachute Nearly Falling to His Death When the Parachute Fails to Open: While practicing an acro-paragliding stunt in Spain, Kevin Philipp encountered difficulties. The horrifying near-death encounter was caused by intense turbulence and his brake line was getting trapped as you can see in his video posted on Instagram and YouTube.

Even though he was able to maintain his composure and open his emergency chute, it was a very near call.

Philipp claimed that when he stepped into one of the lines, they became intertwined. He claimed that despite these, he doesn’t worry about the incidents like these very frequently. He declared “This occasion is quite unlucky and rare,”

Luckily, he Was Able to Deploy His Rescue Parachute

After a significant struggle, the adventurer said that it was his “very last chance” to survive. Luckily, he was able to deploy his rescue parachute, but only just. He estimates that he had just a fraction of a second left to open it and safely land. He wrote, “This was not the day to die.”

On YouTube, the video has currently received over 140,000 views.

Also Read,  A Man Captures a Shark with His Bare Hands at New York Beach