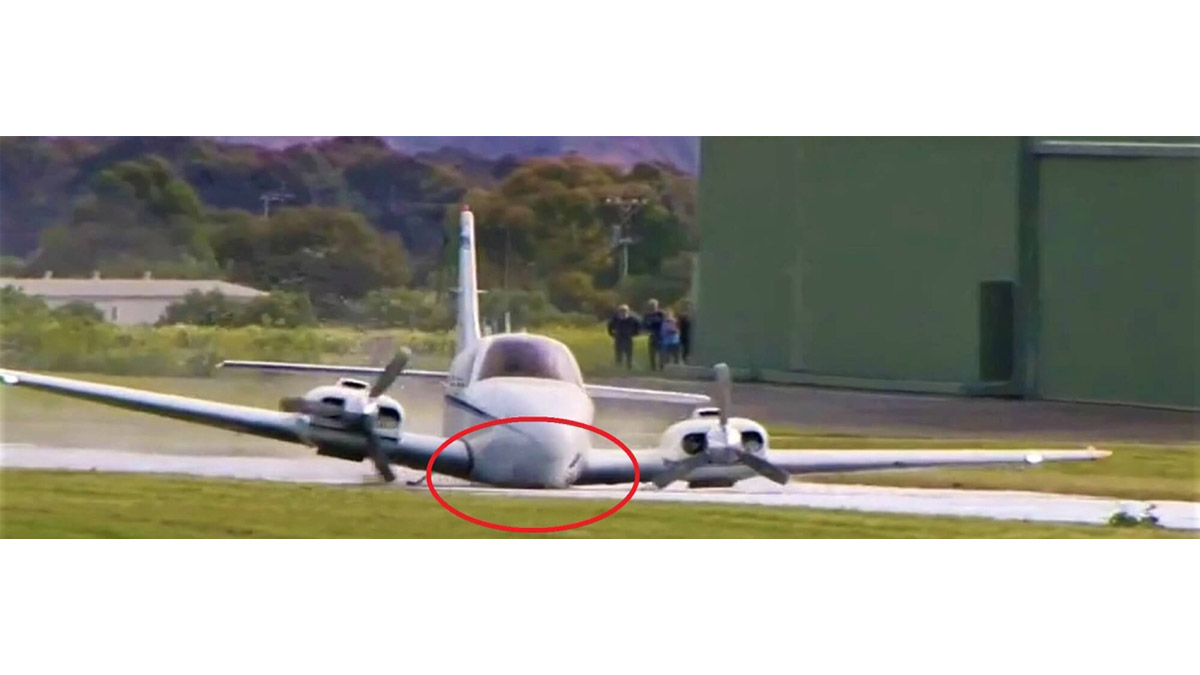 A Beech E55 Performs a Belly Landing in Australia

A Beech E55 Performs a Belly Landing in Australia: After a landing gear malfunction, a Beech E55 Baron Light twin-engine aircraft executed an emergency belly landing in Adelaide, South Australia. The Incident occurred on 10 October 2022, while the plane traveling above Adelaide. The pilot reported an issue with the landing clutch just before landing at Aldinga Airfield (YADG), keeping the aircraft from landing normally.

A Beech E55 Performs a Belly Landing in Australia

#BREAKING: A pilot has performed an amazing emergency landing at Aldinga Airfield, after his landing gear became stuck.

Emergency crews were on standby as the pilot made his nail-biting descent. #9News pic.twitter.com/vJwaIzysDt

Three South Australian Country Fire Service (CFS) fire engines and police officers were stationed while waiting for the plane to land. Firefighters Coated the Area in Foam to Reduce the Chance of a Fire When the Plane Collided with The Runway.

Meanwhile, the Beech E55 circled the region for around two hours to burn up surplus fuel before making an emergency landing attempt.

From inside the airfield, a witness recorded the incident on camera. The footage, which is released by the national news source 9News, showed the jet ultimately landing with its wheels up before gracefully skidding on the runway on its belly.

The pilot fled from the plane unhurt seconds after landing. The aircraft’s airframe sustained unspecified damage.