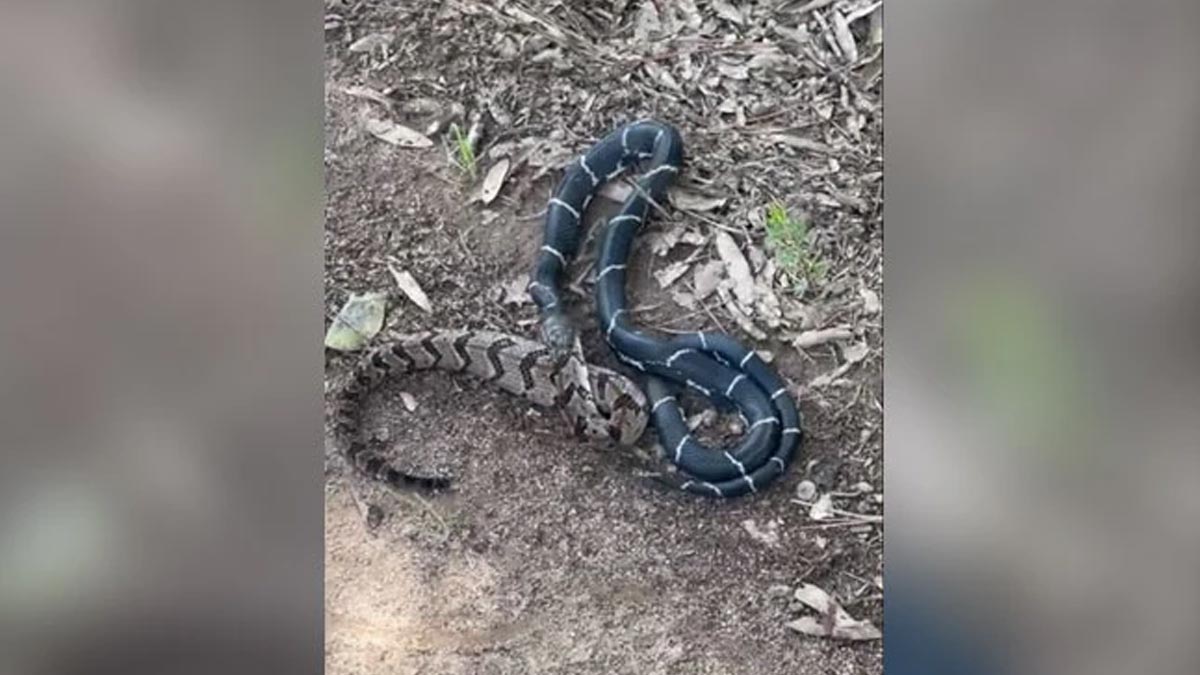 Video of a Snake Eating a Larger Snake: While walking to get his mail in Georgia, United States, a man came across a snake eating another larger snake. Tom Slagle, 80, witnessed the King Snake devouring a venomous timber rattlesnake.

The Georgia Resident was able to record the video of the event. The bottom half of the snake can be seen protruding from the king snake’s mouth.

Georgia Department of Natural Resources (DNR) posted a video with the caption “King snake vs. Timber Rattlesnake: It’s a snake-eat snake world out there.”

The Clip has Stunned Internet Users

The King snake is seen in this video trying to move its jaws around the rattlesnake’s body gulping its body. The rattlesnake being eaten appears to have a larger body size than the king snake.

The Georgia DNR stated, “If the snake being eaten is longer than the king snake, it will get folded before being swallowed.” Video of a Snake Eating a Larger Snake

The post has gone viral since it was shared, and the clip has stunned internet users. It has over 278,000 views and so many likes and comments.

What People are saying on the internet

According to one user “Looks like the rattlesnake had just finished his meal when the king got him,” another said “And that’s exactly why you don’t kill the good snakes!! Thanks for sharing. That’s amazing.” “Amazingly, they can swallow something so huge,” said the third.

What a DNR Spokesperson said after watching the entire video

According to a DNR spokesperson a king snake diet consists of rabbits, rodents, lizards, turtle eggs, amphibians, and some other snakes. He claims that king snakes are well known for their capacity to outwit and eat venomous snakes like timber rattlesnake as seen in the video.