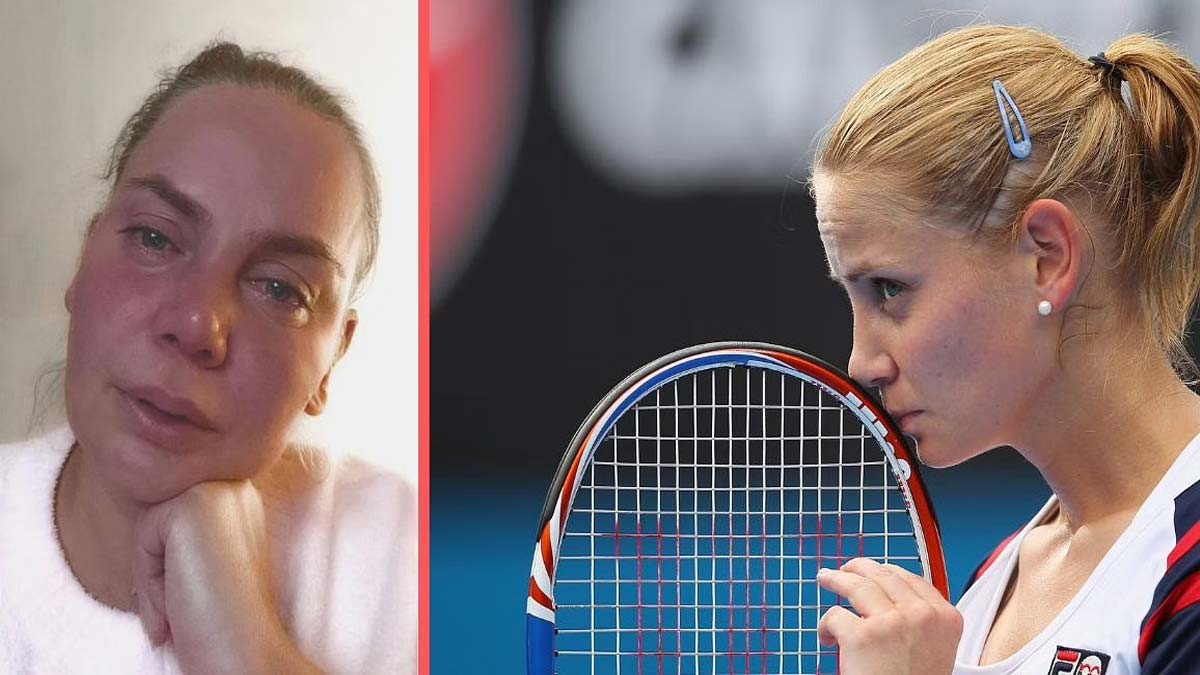 Former Australian Tennis Star Jelena Dokic Admits She Thought About Suicide: Dokic, who came to fame at Wimbledon in 1999 after she shake up the world’s number one Martina Hingis in the first round, said, she has been suffering from severe depression and nearly committed suicide on April 28.

Former Australian tennis player Jelena Dokic revealed on Monday that she was on the verge of committing suicide just a few weeks ago. Jelena Dokic is 39 years old and reached a career-high of the world ranking of four in 2002. She posted a detailed and heartwarming message on Instagram including a photo of herself crying. She said she has been suffering from mental illness and almost attempted suicide on April 28.

“I almost jumped off my 26th-floor balcony and took my own life. Will never forget the day,” she wrote on Instagram.

“Everything is blurry. Everything is dark. No tone, no picture, nothing makes sense… just tears, sadness, depression, anxiety and pain.

“The last six months have been tough. It’s been constant crying everywhere.”

“Will never forget the day, I just wanted the pain and the suffering to stop,” she added.

“I pulled myself off the edge, don’t even know how I managed to do it.”

Since their Retirement, Dokic has Worked as a TV Commentator

Dokic has won 6 WTA singles titles and advanced to the Wimbledon semi-finals in 2000. However, she struggled for years to flee the influence of her turbulent father Damir, falling into the 600s during her well-documented judicial separation from him. The family split was the result of strange series of events, along with Damir being disqualified from the All England Club at Wimbledon claiming his daughter has been kidnapped.

Dokic, a retired television commentator, is now empowering others who are trying to cope with their mental well-being to seek help.

She said “Getting professional help saved my life,” she wrote on Instagram

“I am writing this because I know I am not the only one struggling. Just know that you are not alone.

“I am not going to say that I am doing great now but I am definitely on the road to recovery.”

She stated: “I will be back stronger than ever.”