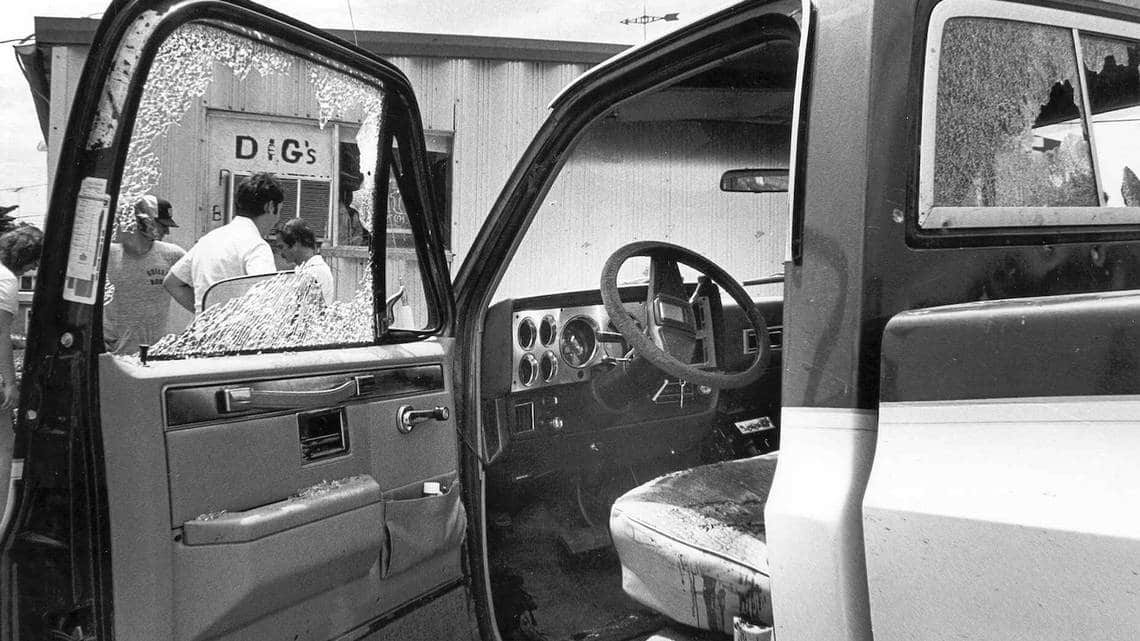 Bullies are nothing new. We all have had a few of them in our schools, neighborhood, bars, etc… you get the gist of it.

The point is, bullies are quite common, but it’s all good and fine, till they limit their activities to small Mischiefs. No one bets eyes. However, Ken McElroy didn’t quite understand this.

Today, folks we shall be looking at an amazing, and sad story. This is a story of not a person, or a family, but a whole town dealing with a bully. And trust me, it’s as amazing as it sounds.

Murdering someone in front of the crowd, without anyone speaking a word about it? Seems like Crime Drama, which you would find on Netflix. But it isn’t, it’s a story of a town known as Skidmore.

You see, this is a small peaceful (expect certain someone) town, in Missouri. But before we get into, how exactly things went down. Let’s get a little bit of context:

So, the bad guy, the “bully” of our story is someone named, Ken McElroy. Born in 1934, he was the most awful person, you can come across.

Calling ken awful is probably an underestimate. But you can get a better grasp of the situation by looking at the offense list of Ken McElroy. This includes, but is not at all limited to, arson, burglary, statutory rape, child molestation, assault, threatening to kill his neighbors, stealing livestock, harassing women, and destroying property.

Now, this list is probably enough to get someone a life sentence. And Ken’s lawyer agrees. He told New York Times that, Ken McElroy had an average of three felonies charged against time, each year. However, he was never hotly convicted for his crimes.

Then things took a wild turn when one day this bully shot and killed Ernst “Bo” Bowenkamp. No, this wasn’t a parking lot fight or something like that. Ernst was an honest, 70-year-old grocer. You all are smart enough to know why he shot Ernst.

But like always, Ken appealed the conviction, and he was released on bond. Following this, he appeared at the local bar “the D&G Tavern”, with a Rifle, and a bayonet.

Just reading this makes you angry right? The people of the town felt the same. And after the law had failed, time and time again, they decided it was time for things to change. People can only suffer in silence for so long.

The next day, as McElroy walked out of town’s tavern, he didn’t have the least bit of idea, that these were his last moments. As he sat in his pickup truck, with his wife, Trena McElroy, he was shot and killed on the spot.

It is said that at least two different firearms were used to shoot him.

Now, the question that comes to our mind is, who shot Ken McElroy, the “town bully”? well, no one knows. Or the right way to put is, no one wants to talk about it.

The place where he was shot, was a back street or a hidden one. The site of the event was filled with people. An estimated 30 to 45 people were present when this incident took place.

Maybe this is surprising, maybe it isn’t. Sometimes, the world can be a better place, with one less person like Ken Elroy. Probably, this is the reason why no one ever spoke a word.

Later on, Bo Bowenkamp’s daughter Cheryl Huston, quoted “We were so bitter and so angry at the law letting us down that it came to somebody taking matters into their own hands. No one has any idea what a nightmare we lived.” People kept this secret for 38 years.

The case remains unsolved, but the real criminal was finally brought to justice.