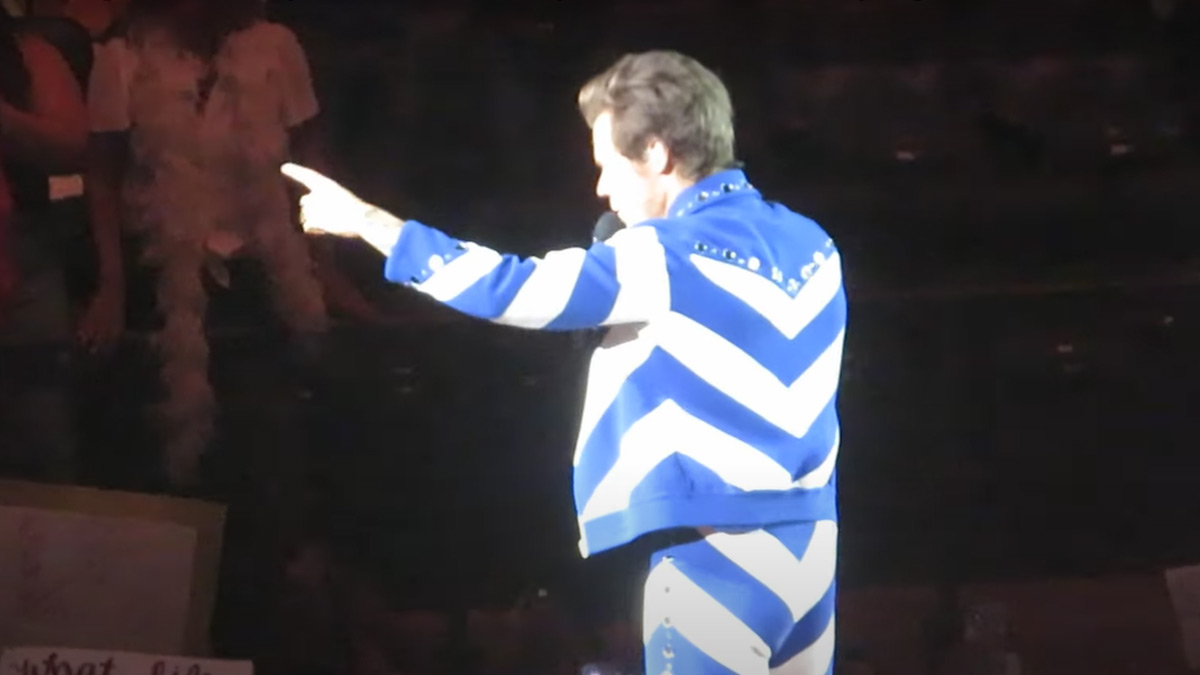 Harry Styles Wins Hearts Online After Pausing a Live Concert to Call a Fan’s Ex-Boyfriend: Harry Styles recently interrupted his show in the United States to phone a heartbroken fan’s ex-boyfriend. The former One Direction singer was performing the first gig of his 15-night residency at New York City Madison Square Garden when a fan grabbed his attention with a handwritten note, the note said “Dear Harry Styles, my ex called after seven years – what do I do?” according to ET Canada.

Harry Styles was seen in a video posted to YouTube by user Josilyn Ferreira asking the fan, named Ingrid how long her relationship lasted.

Among the screaming, the fan revealed that they had only dated for a year, that his name was Josh and that he was a good guy. After that, the singer scoffed and added “It’s always Josh, isn’t it? Can I call Josh?” Harry Styles also inquired as to why they had broken up, to which the fan replied cryptically that it was due to “Several reasons.”

There’s Someone Else Who’s Going to Treat You with Respect,” Harry Told the Fan

Ingrid immediately handed over the phone to Harry, as he dialed Josh’s number, the singer asked the audience “can I get some quiet please”

“They’re gonna love you for who you are. Josh? It’s never Josh,” he continued

The video has since gone viral on social media. The star’s kind deed won the hearts of internet fans.

“You are brilliant Harry baby,” one user said. “Just when you think you couldn’t love him anymore,” said another. “This is absolute gold,” said a third. “He hung up? Don’t get back with him, “the fourth commented

Also read, Jason Momoa Dresses Up as A Flight Attendant and Serves Drinks to Passengers