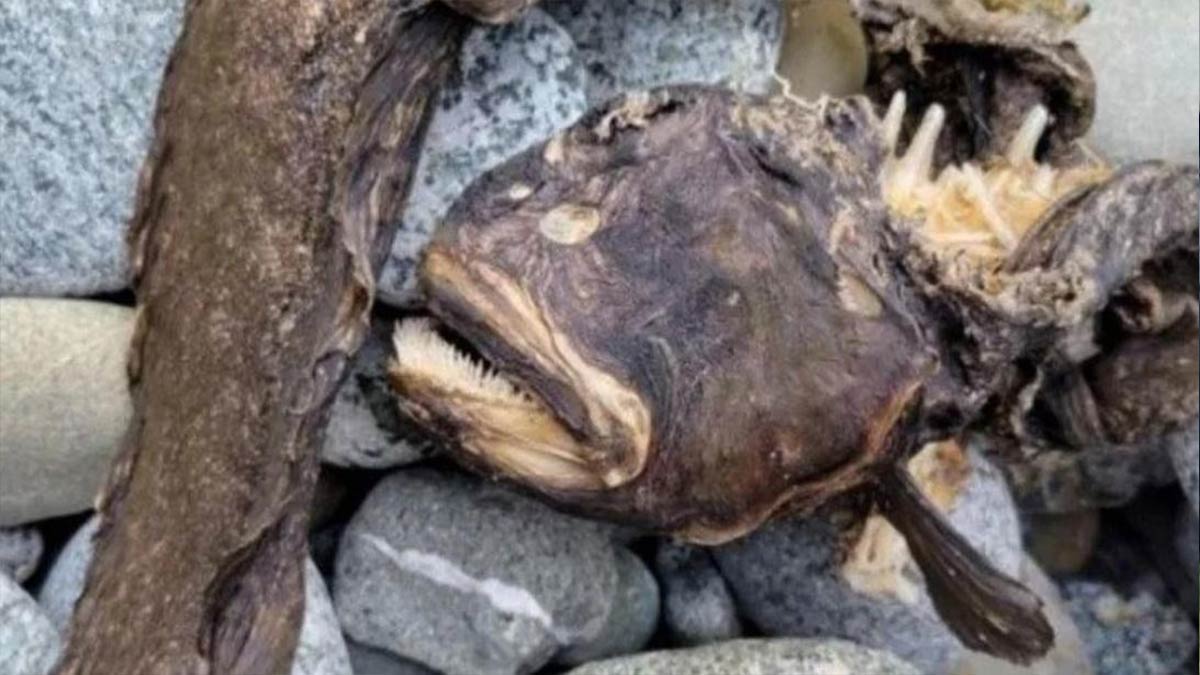 A Strange Sea Creature with Needle-Like Teeth Washes Ashore in the United States, Confusing People :A strange rotting sea creature washed up on the coast of the United States. Kristine Tillotson’s Reddit post shows an animal with needle-like teeth lying dead on a stack of rocks. Parts of its body are peeling away, indicating that is decomposing. Kristine Tillotson requested assistance in identifying the creature and stated that she discovered it at Mill Beach in Brookings, Oregon.

What People are saying about this Bizarre Creature

The social media post has gone viral since it was shared, and several users commented on the image, speculating on what it might be. One user stated, “I think that is called Aaaaagh!!” Another user speculated that it could be a wolf eel, a species found throughout the North Pacific. A third user, however, pointed out that “the teeth aren’t big enough for a wolf eel, and lingcod are known for replacing teeth daily which is why you can see the rows of new teeth with being shrunken.” 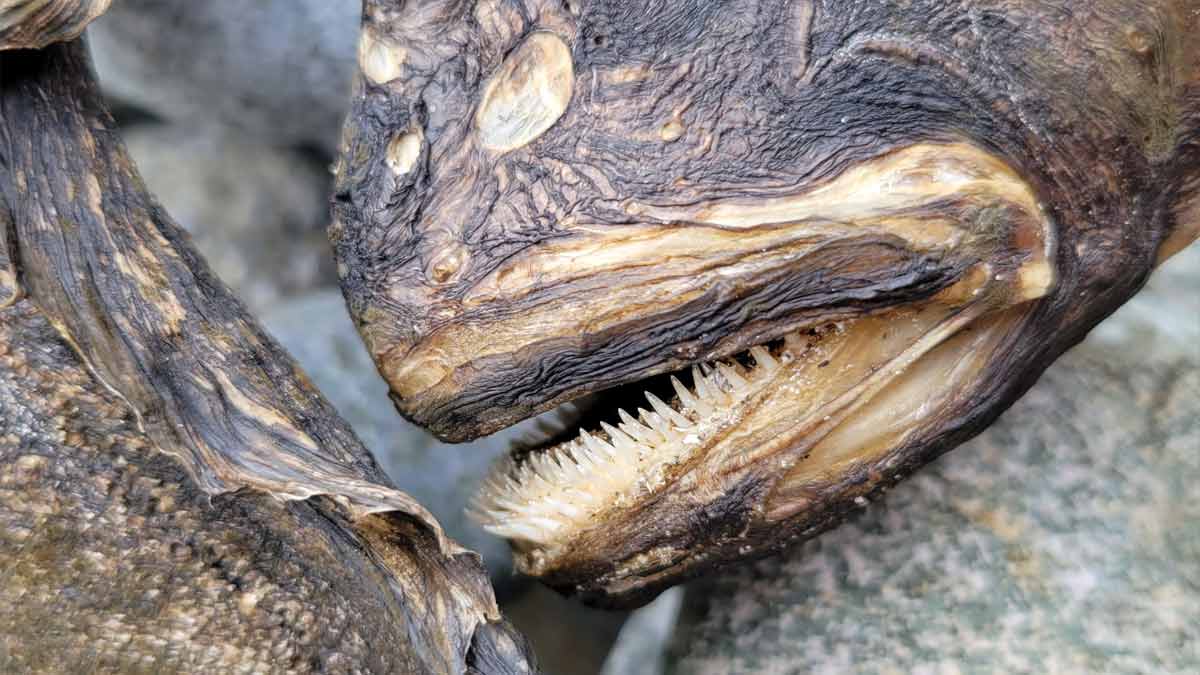 What is this creature exactly?

According to Newsweek, Ms. Tilliotson revealed that a bone collecting group and marine biologist on Reddit have agreed that a strange creature is a monkey face prickleback eel. She said “I was excited and confused when I first saw it. I love walking the beach to see what washes up whether it’s animals or shells. I thought it was super interesting because it didn’t look like any fish I’d ever seen, it looked like one of those deep-sea creatures,” A Strange Sea Creature with Needle-Like Teeth

According to Outlet, Monkeyface Prickleback eels also known as monkey face eels, are native to North America’s Pacific coast. They can be found from Oregon to Baja California and Mexico in mountainous coral habitats. They are called Monkeyface Prickleback eels because of their unusual appearance, real ones have large lumps on the top of their heads that resembles a monkey’s nose.

Also Read, Shark Found Sliced in Half On a Beach Whole Internet Wondering What Predator Attacked It