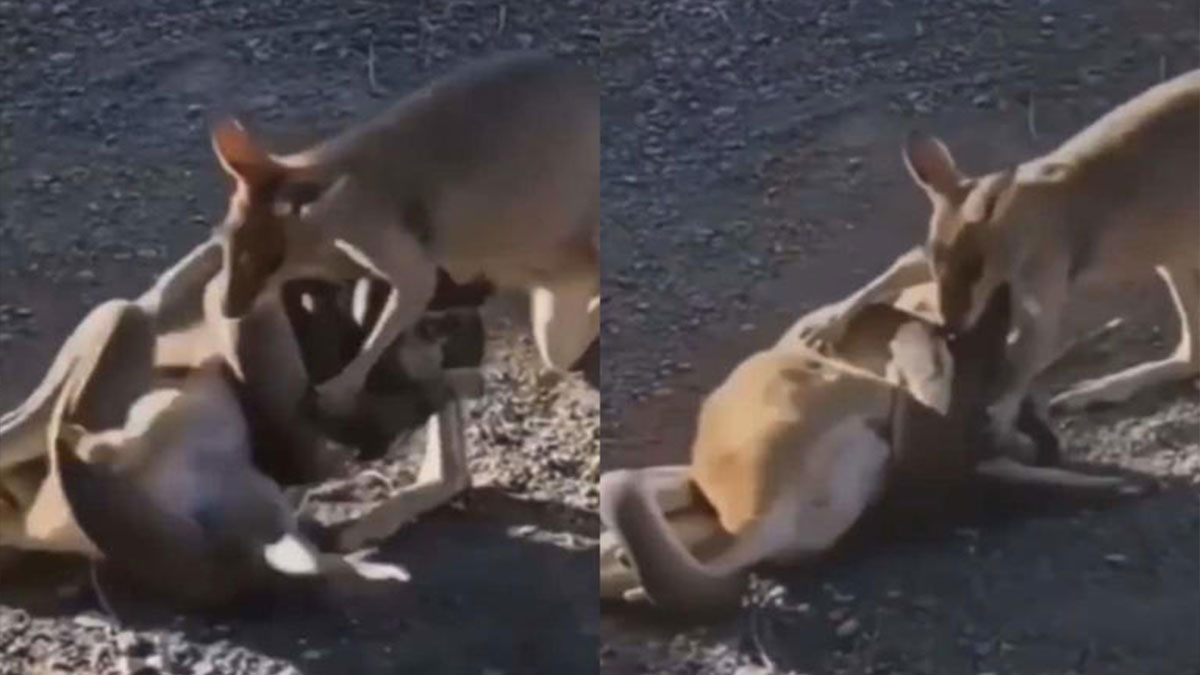 Kangaroo Arrives to Save His Mate from Python’s Deadly Hold

Kangaroo Arrives to Save His Mate from Python’s Deadly Hold: Only our friends and family are there for us at difficult times, the same is true for the animal kingdom shown by a recent viral video. It showed a kangaroo helping it mate escaping the clutches of death and it awed the internet.

Kangaroo Arrives to Save His Mate

The video was posted almost two months ago, by an Instagram account that posts daily animal videos. It featured a kangaroo curled in a python’s lethal grip. When another kangaroo saw his companion in this life-threatening position, he jumped in to aid. In an effort to break the snake’s grip on his friend, he can be seen repeatedly stabbing it and even attempting to bite it.

“Who’s got your back?” Reads the Caption of the video

“Who has your back?” reads the caption, which goes on to explain more about the python in the image. According to the description, pythons are known to strangle their prey to death. However, this is not true even for larger species such as the reticulated python (malayopython reticulatus). “In fact, prey is not even noticeably deformed before it is swallowed,” the caption said adding that the speed of coiling the prey is impressive and the force exerted might be significant but the death of the captured animal gets caused by a cardiac arrest.”

The post has been viewed over 55,000 times and liked over 1,500 times. ‘Wow,’ replies from social media users were among the comments.

“This is amazing how the other roo is trying to help the one being killed. Animals are amazing,” one user said, praising the kangaroo.

“At least the kangaroo helps its buddy; the other animals just stand around and look stupid,” said another.

Concerned about the wounded animal, some netizens chastised the videographer for filming the video rather than providing help.