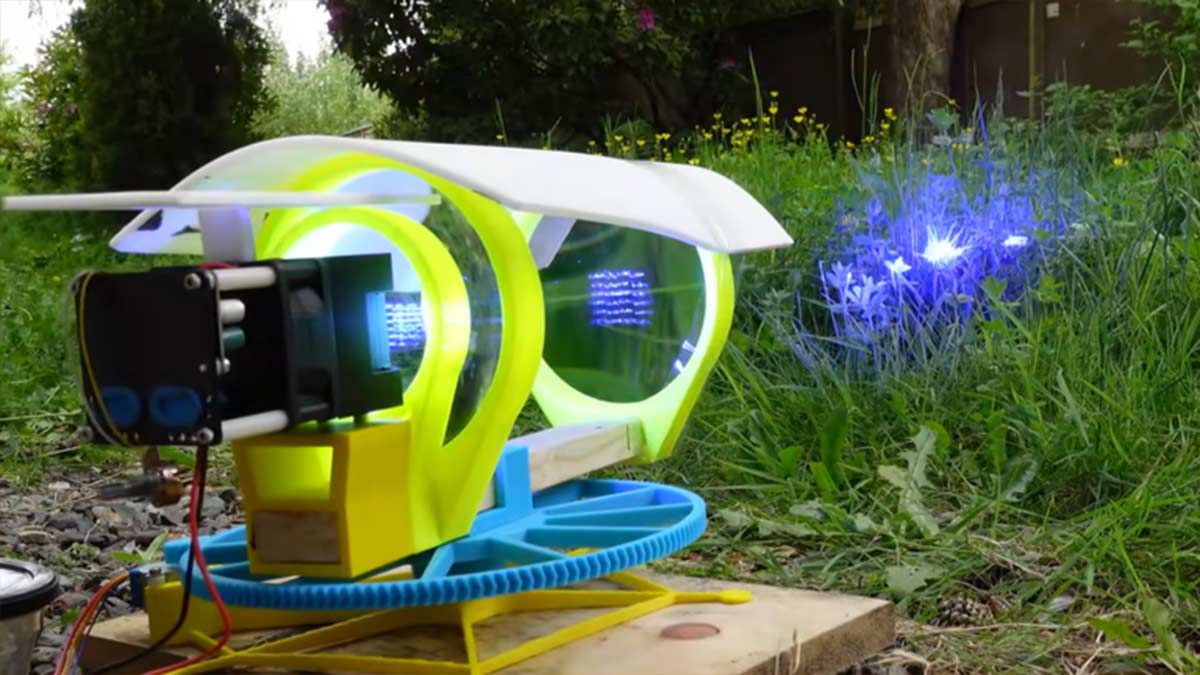 A You Tuber Builds a Magnificent Lawnmower Robot That Uses a Powerful Laser Beam to Cut Grass: Cutting grass can be difficult if your lawnmower blades are blunt or worn out. This will not only slow down the entire process but will also result in a sloppy cutting session that will take twice as much work.

A You Tuber Builds a Magnificent Lawnmower Robot

Nonetheless, lawnmowers, cutting wheels, sickles, and knives remain the most commonly used instruments for cutting lawns and wild grass. However, one Youtuber has taken things to the next level by constructing a gadget that cuts grass with a high-powered laser beam.

Daniel Ray Runs The “Rctestflight” YouTube Channel and He Describes Himself as “Addicted to Building Things.”

All of his videos are about unusual technological innovations and creations that some may describe as weird science. However, many of his innovations are praised by millions of fans for making the difficult task simple.

He chopped lawn grass without the use of spinning blades utilizing one of his most recent innovations.

“The youths of today are quickly adapting to the digital era. With soft hands and minuscule attention spans, the last thing we’re cut out to do is yard work. Why should I be out here in the hot sun when I really should be hanging out with all of my best friends at a pool party in the Metaverse? So, as a classic millennial move, I decided that instead of mowing a lawn I would just make a YouTube video about building a robot that mows it for me.” Riley stated at the start of his video.

Riley Performed the Experiment with A 40-Watt Cutting Laser

Riley performed the experiment with a 40-watt cutting laser but immediately realized that it needed a lot of tweaking to be able to cut grass rapidly and efficiently.

Riley fitted the laser to a 3D printed gimbal, which allow it to revolve freely. He first tested the power and discovered that the laser was really scorching the grass rather than cutting it.

After too many tweaks, he was able to generate a vacuum that sucked the grass blades erect for the laser to cut through. In the end, he held a strong lawnmower capable of severing every blade of the grass.

Riley claims that while the laser cannot cut through a finger, it may blind you if it strikes your eyeball.